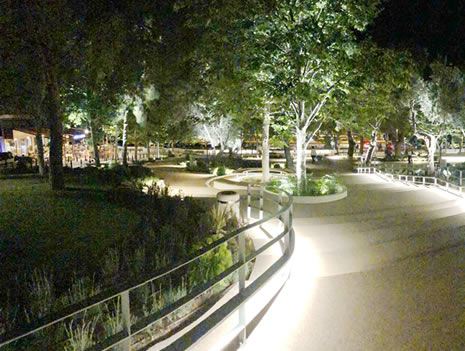 Nymphon Square is the central square of Vouliagmeni.
Next to the old large plane and pine trees were planted new ones, scented shrubs and flowers.
Friendly earthy materials and comfortable and stylish benches invite visitors inside the square for a cool breath.
According to architect:
“The main objective of the architectural study was to create a modernized attractive square with its strengthened public and "green" character. A lively reference point for the whole of Vouliagmeni focusing on the user regardless of age.”
“The new Nymphon Square, seeks through architectural design to acquire a central, active role in the daily life of the residents and visitors of the area. A model public space that through its quality, harmonious operation and proper maintenance, will enhance its respect and appreciation by its own users.” 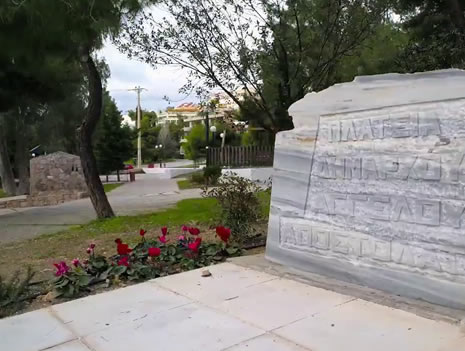 A. Apostolatos Square, formerly "Alsos" Square is located in Panorama of Voula next to the church of Agios Nektarios and is "drowned" in green.
A square full of life since the older children can play on the basketball court,
the smaller ones playing in the separate playground
while older people can eat their ice cream or drink their coffee under the trees.
For the hungry there is also a kebab shop which will cover their 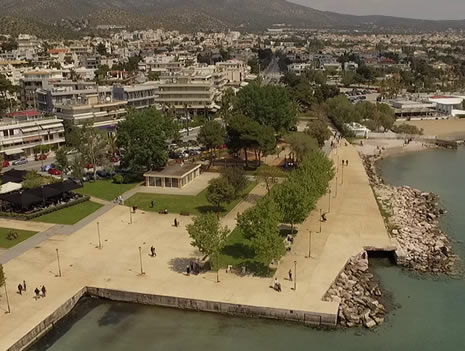 Varkiza Square is located in one of the most beautiful spots of Attica. With its development in 2019 it became more modern while with the widening of the sidewalks and pedestrian crossings more useful and safe for its residents and visitors.
The square also has a sculptural landmark, the work of the sculptor Kostis Georgiou under the name Taurocathaption. The play presents a bull on which acrobats dance. A clear reference to Taurus, the Minoan festival, which incorporates well-known themes of the artist, such as the bull and the dancers, in the red color that is also the signature of Kostis Georgiou.
At the entrance of the port (Fishing Refuge) there is a prominent position the sculpture of Angeliki Tsevas made of copper and glass and presents an ammonite (fossilized shell).
A breath away from the square is the beach of Varkiza with its playground, an idyllic place of walking and recreation while the very good food shops can meet all the requirements for coffee, drink or food 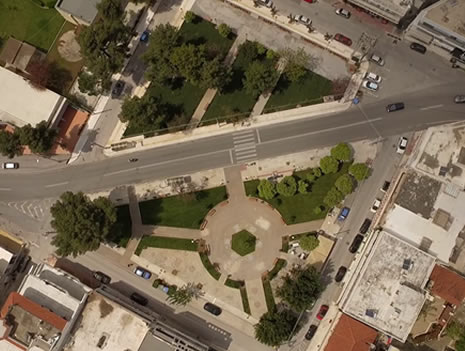 Dimas Square in Vari is a modern (completed in the first quarter of 2019), a neighborhood, quiet square which is a gem for the
There are shops around the square while on the many benches the parents enjoy their coffee while the younger regulars test their skills on the bike<br/ 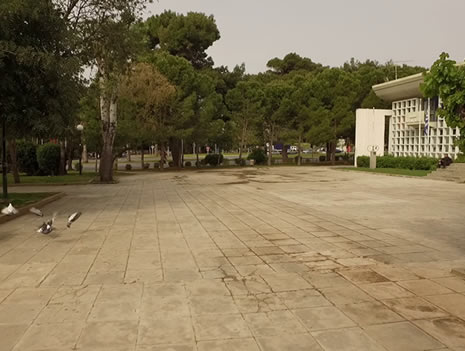 The square of the former Town Hall Vouliagmeni is a small but very beautiful square
One could say that it drowns in the green while opposite it is the beach of Vouliagmeni
Its dominant element is the playground of July 24th, one of the most beautiful playgrounds of the southern suburbs 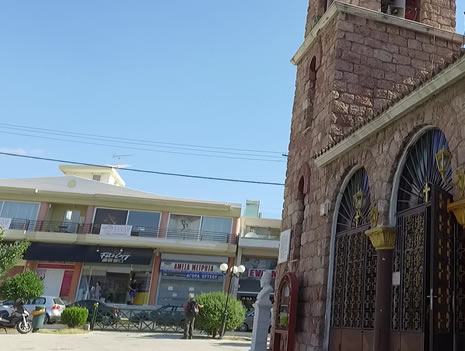 Heroes Square is the main square of the Municipal Unit of Vari.
It is an open public space located in the heart of the traditional city of Vari
The church of the Virgin Mary is dominated by the ornate building of red stone
The Square is very commercial and is surrounded by small shops, such as bakeries, meat markets, cheese shops and clothing shops. At its center is the monument of the fallen
Kon. Ch. Dimas 1912
Georg. A. Anastasiou 1921
Phil. P. Gikas 1922
Pan. I Dimas 1947
Ant. G. Zisimopoulos 1974. 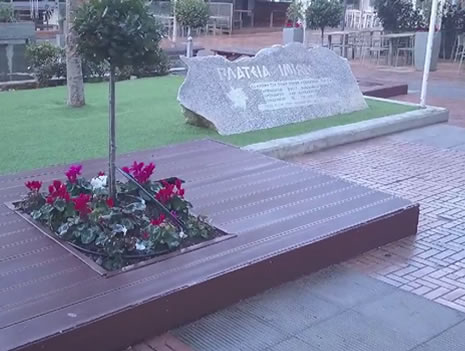 For the residents of Voula, and not only, Imion Square is not only a point of reference, recreation, entertainment and meeting of friends but also and the most important commercial lung of the city located a stone's throw from the sea
Imion Square was named in memory of the Navy pilots who died in the Imion incidents
In Imion Square you will find supermarkets, bookstores, grocery stores, optics, gift items, restaurants, cafes) and branches of all Greek and foreign banks
Traffic starts in the morning, mainly in cafes, at noon in the food shops while in the afternoon the square is full of traffic and
The undergroundization of alDEI cables and above-ground power stations, the creation of the modern fountain as well as maintenance work in recent years have created a atmosphere warm, friendly side 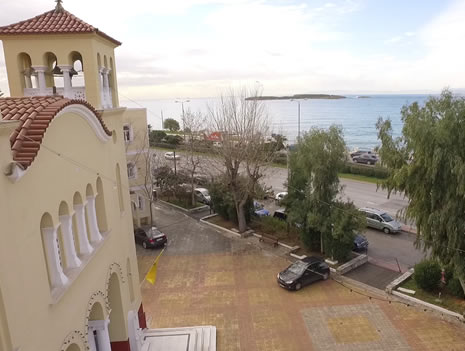 A small neighborhood square dominated by the Church of the Assumption of the Virgin Mary.
There are many fast food shops, bakeries and pastry shops as well as pharmacies specializing in orthopedic