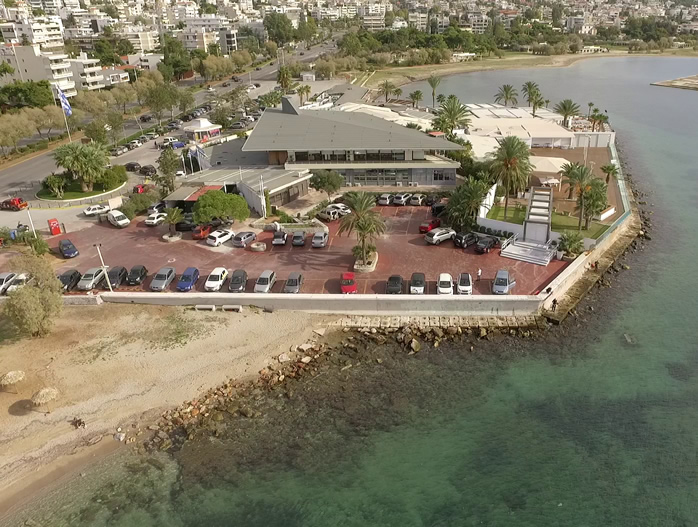 In 2010, "Kallikratis", combined the rich written literary tradition and history of Vari with the beauty of the garden-city that is Voula and the unique natural beauty of Vouliagmeni.
These three municipalities created what might be the most beautiful city in Greece.
See where we are in Greece 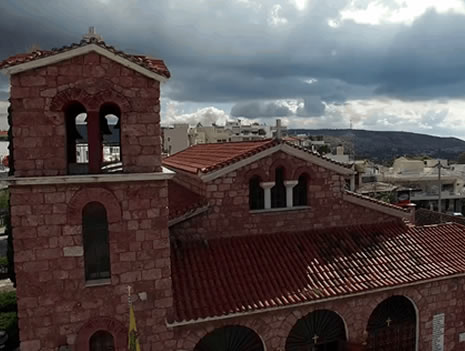 It is located 26 kilometers south of the center of Athens.
It is constructed amongst the southern mountains of himitos, very close to the Saronic shores.
Between these shores and the settlement one can Find Varkiza. In ancient times, the area of Vari was known as the " Αττικόs Δήμοs Αναγυρούντος ". in the area of Vari one can find the η Military School Evelpidon.

Historical data
Vari was a settlement of the municipality of Kropia until 1912, the year in which it was incorporated into the newly formed community of Koropi, where it remained until 1929.
In 1929 it was the head city of a separate community, which also included the settlements of Vouliagmeni and Voula.
Voula was separated from the Vari community in 1934 and became a separate community, while Vouliagmeni in 1935.
In 1940 the village of Varkiza was recognized within the confines of the Varis community. The village of Varkiza was a separate community for one year, 1952-53 and then returned to the community of Varis. In 1990, the Varis community was recognized as a municipality that was maintained until 2010, when it was abolished by the implementation of the Kallikratis program and became part of the Varis-Voula-Vouliagmeni municipality.

The Municipality of Varis occupied an area of 22,189 sq km and had a population of 10,998 inhabitants according to the 2001 census. 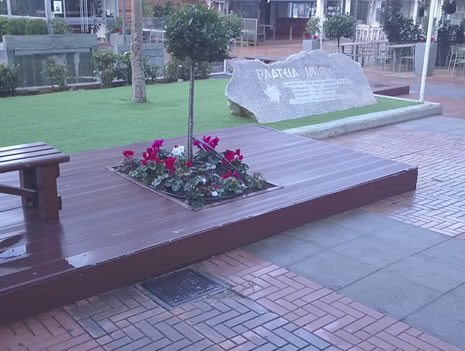 A southern suburb of Athens, it is built on the shores of the Saronic region, 25 kilometers south of the center of the city. Located between the areas of Glyfada and Vaouliagmeni. Administratively it is a part of the Vari-Voula-Vouliagmeni municipality, who also has its city hall located there. It's got a population, according to the census of 2011, of 28.364.

There are signs that the area had been inhabited since the the end of the neolithic era, as well as proof of mycenean settlements in the area. During those ancient times, Voula, and its neighborin town of Vouliagmeni, were considered to be the "Αιξωνίδων Αλών" Dimos of Athens. The name shows that there were salt marshes in the area, while the "Αιξωνίδων" part of the name is derived from the ancient greek name of the town of Glyfada "Αιξωνή".It is believed that about 800 citizents belonged to the Kekropida tribe.

During excavations, which were preformed during the early 2000s in Voula, near Vari, a classical era complex was uncovered and identified to be the open market of the Αιξωνίδων Άλων deme. It measured at 1.500 cubic meters and was comprised of 12 room, a sanctuary and a well. Many bronze weights and coins, lead weights - agnithes - , as well as judicial tablets were found. The main residential areas have been found, and there were two of them.One to the northwest and one to the southeast. The deme's graveyard was located in the area now known as "Pigadakia".

Its main temple was one devoted to Apollo and is located in "Vouliagmeni". Its main defensive position was the acropolis of "Vouliagmeni" in "Καστρακι" hill, at he borders between Vari, Voula and Vouuliagmeni. The present settlement was created in the 1920s by a building association that created a resort in the area. Later, some refugee families were given a piece of land.

The settlement was administratively owned by the Koropi community until 1929. From 1929 to 1935, it was a settlement of the Vari community, and from 1934 it was a separate community. > The Voula community was recognized as a municipality in 1982.
The Municipality of Voula was maintained until 2010, when it was abolished by the implementation of the Kallikratis program and was incorporated into the Municipality of Vari- Voula-Vouliagmeni.
The population of Voula is constantly growing at an extremely high rate. 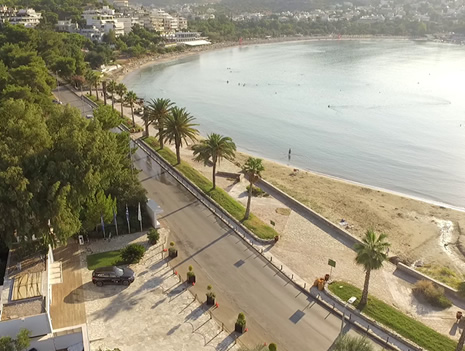 Vouliagmeni is a seaside settlement of Attica located 25 kilometers south of the center of Athens. It is built on the coast of the Saronic Gulf. Administratively it belongs to the Municipality of Vari-Voula-Vouliagmeni.
Its population, according to the 2001 census, is 6,442.
It owes its name to the homonymous lake created by the sedimentation of the soil (where its name also refers) in the distant past. The area where the settlement is spread includes a large and lacy coastal zone, which also forms the peninsula of Kavouri and Lemos.

It is one of the most expensive areas in Greece.
Vouliagmeni was originally a resort area, where large hotel units gradually developed.
The settlement was administratively owned by the Koropi community until 1929.
From 1929 to 1935 it was a settlement of the Vari community, and from 1935 it was a separate community.
The community of Vouliagmeni was recognized as a municipality in 1985.
The Municipality of Vouliagmeni was maintained until 2010, when it was abolished by the implementation of the Kallikratis Program and was incorporated into the Municipality of Vari-Voula-Vouliagmeni. & Nbsp; The settlement of Vouliagmeni, due to the increasing residential expansion of the southern suburbs, has today been united with the Athens Town Complex.
In recent decades, Vouliagmeni has evolved into the most expensive area of the southern suburbs of Attica for home purchase and one of the most expensive in Europe.